Summary:We are a car fridge freezer manufacturers. Let me explain to you the top ten misunderstandings of car refrigerator refrigerators.   1. The refrigerato...

We are a car fridge freezer manufacturers. Let me explain to you the top ten misunderstandings of car refrigerator refrigerators.

3. The less goods, the better the temperature?

The less the cargo, the greater the volume of air in the box, which is one of the reasons why Mengniu’s probiotic milk is difficult to beat. Reasons: 1) The volume of air is too large for half-cargo cargo. 2) The goods themselves ferment to produce heat.

4. Can the refrigerator with good quality blow out the mist in the box?

The main reason for the fogging is too much water in the box or poor drainage of the refrigerator, which is not a good phenomenon. It can be judged by looking at the thermometer. It can also be judged by the water outlet on the outside of the refrigeration cabinet. It is normal if there is continuous water flowing out of the cabinet during the warming process, otherwise the artesian water port is blocked.

5. Is the refrigerator exposed to the sun to warm it up?

The higher the ambient temperature outside the cabinet, the worse the cooling effect. For example, 1) The refrigerator is exposed to the sun for a long time. 2) The short-term weather with a high temperature of 40 degrees in summer has a severe test on the refrigerator, and many problems will arise in refrigeration.

8. The larger the cooling capacity of the refrigerator, the better.

The advantage of large refrigeration capacity is that the temperature of the cabinet is fast, the pressure in the compressor system drops quickly, and the horsepower of the engine is low. But the disadvantage is that the power consumption of the battery is relatively large, and the battery often loses electricity and cannot start to fire. This is especially true for diesel vehicles. The good principle of installing refrigerators in refrigerated trucks is to match, and it is not good to be large or small.

There is no way to match the cooling capacity of the coolers with different sizes of cabinets, and it is not a level.

10. The insulation of the cabinet is not important, as long as it matches with a good cooler

The product with beautiful appearance and exquisite interior sells well in many countries and regions such as the United States, Europe, Australia, South Korea, Japan, and the Middle East. It is widely used in different vehicles such as cars, SUVs, MVPs, RVs, trucks, and yachts. It is also applied in many aspects, including outdoors, off-road, business, fishing, self-driving tours, cold chain transportation and drug transportation. 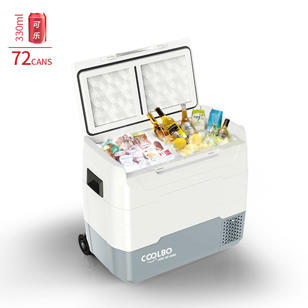